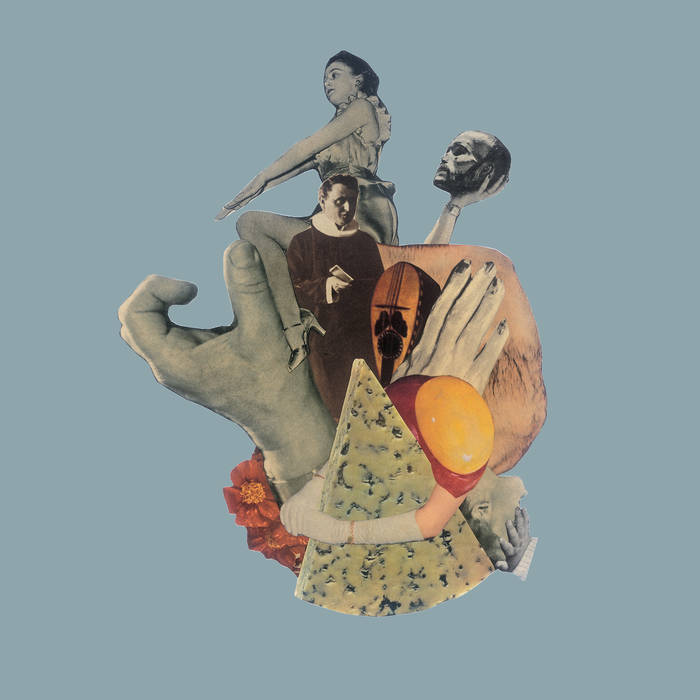 "The debut album of this trio, augmented by reeds player Julie Kjær and tuba player Kristian Tangvik, is a kind of semi-occult, free-jazz drama that makes full use of the highly personal and often eccentric voices of this trio...Get ready to shine and open your chakras with these fascinating sonic spells, courtesy of sonic sorcerer Olsson & Co." - Eyal Hareuveni, Salt Peanuts

“With ‘Hand of Benediction’ Olsson is pushing forward the idiom of avant rock, making it more wild with his oversized eccentric movements. For sure here is somebody at work with a very outspoken vision and drive. It is a lovely madness and a very remarkable statement by this composer and guitarist of whom I hope to hear more” – Dolf Mulder, Vital Weekly

"In his own way, Olsson has been able to bring to life a very exciting and refreshing musical phenomenon" - Jouko Kirstilä, Jazzrytmit

"Less than 35 minutes have just passed in the blink of an eye - and the impressions are so many that a two-volume novel could be written." - Spontaneous Music Tribune

"This is the trio's debut recording led by cagey and inventive Swedish guitarist Henrik Olsson for a set that resides in an opaque realm, containing dabs of free jazz, punk jazz and avant-garde rock. The agile and limber trio ventures through some enigmatic musical territory via tight unison phrasings, multipart progressions, animated and linear uprisings along with crunching rock riffs and fleeting nods to classic jazz fusion...The musicians' diversified track mix sets this album apart from many similar undertakings, along with hints of melody and umpteen ways to attack a largely renegade adventure with cohesive statements and even a few memorable melodies. No doubt, the band gets out of the gate with a bang. Hopefully, more goodness is still to come." - Glenn Astarita, All About Jazz

Henrik Olsson is a swedish guitarist and composer based in Copenhagen. He is well established on the danish and international jazz/improvisation scene, where his playing have attracted attention through his own projects Penumbra Ensemble, The Hum, EHM as well as through various ad hoc contexts. His new project Hand of Benediction is a guitar-bass-drum trio and features two unique voices on the scene; drummer Rune Lohse and bass player Jeppe Skovbakke. The narrative structure of Henrik Olsson´s compositions encompasses straightforward spontanity and wildness as well as poetic obscurity.
Henrik Olsson´s debut album "Penumbra Ensemble" was very well received among the critics and was by All About Jazz called " a surreal vision, a deeply personal expression of avant-garde rock, jazz, world music and poetic soundscapes " and " Amazing, suggestive - a fascinating debut and an invigorating style denial " by the german magazine Jazz Podium. Rune Lohse is well known for his work with Horse Orchestra, Michael Rexen, and Klimaforandringer. Jeppe Skovbakke has toured and recorded with several generations of danish jazz musicians and a number of international soloists ranging from John Tchicai to Rhys Chatham.